This tool allows the user to load pre-computed planet evolution models and interpolate between those models to explore the possible structures of transiting exoplanets. Select a planet mass, radius, age, and irradiation and this tool will estimate its possible present-day gaseous envelope mass, rocky core mass, and thermal brightness. 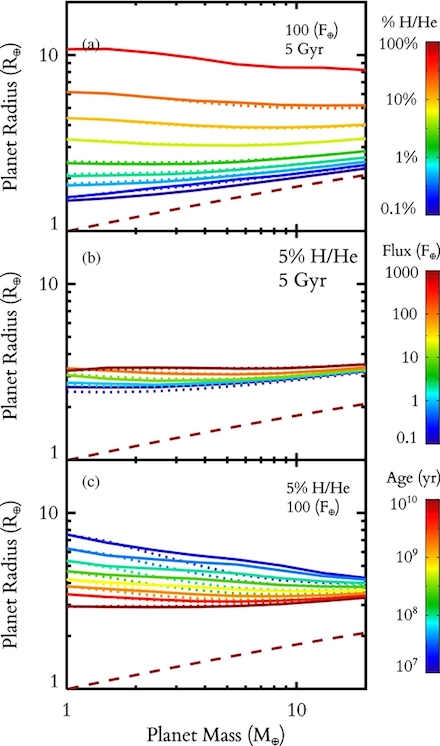 Figure 1 from Lopez & Fortney (2014), showing predicted mass-radius curves as function of planet bulk composition, age, and irradiation. This tool interpolated between this grid of pre-computed models to estimate planet compositions and interiors.

This grid of pre-computed models was generated using the planet thermal evolution models of Lopez & Fortney (2014), for full details see that paper. This grid assumes solar metallicity H+He envelopes atop an Earth-composition rock+iron core, hot start thermal evolution, and no atmospheric escape. This tool then interpolates between the pre-computed models to estimate the possible bulk composition that corresponds to a given set of planet properties, under these assumptions. The model outputs are the planet core mass, gaseous envelope mass, and the instrinsic temperatue. The instrinic temperature represents the brightness temperature of a planets net thermal radiation due to the cooling of its interior.